Hello and welcome to our Balkans travel blog. You will find all our blog posts from the European countries collectively known as the Balkans in this section of our website.

Maybe you found our Balkans travel blog because you are considering a visiting the Balkan Peninsula in Europe, or perhaps you are partway through planning a trip to the Balkans. Whatever the reason, we hope we can provide some useful resources and travel tips for the Balkan countries.

Which countries are included in the Balkan region is often cause for debate. The Balkan Peninsula lies in southeastern Europe and typically includes the seven countries that make up the former Yugoslavia plus three more bringing the total number Balkan states to ten. The countries are  Albania, Bosnia & Herzegovina, Bulgaria, Croatia, Kosovo, Montenegro, North Macedonia, Romania, Serbia, and Slovenia. Some sources include Moldova as a Balkans country, but for the purpose of organising our posts, we’ve categorised Moldova as the former USSR. Some people exclude Slovenia from the list, but include Hungary. Arguably part of Turkey (the European part west of Istanbul) and northern mainland Greece have one foot on the Balkan Peninsula.

Geography and politics both come into play when defining the Balkan countries and settling on which countries make the list could turn into a much longer post than we have room for on our Balkans travel blog page.

As you would expect from a region that stretches from Central Europe to the Black Sea, the Balkans comprises a myriad of landscapes, experiences, cultures, cuisines and history. It’s impossible to pick a favourite, and the Balkans cannot be summed up in a singular cliched strap-line, other than “something for everyone”!

Our Balkans blog posts are generally aimed at independent travellers and backpackers like us and have a strong focus on travelling around using public transport, staying in budget accommodation and exploring off-the-beaten-path and lesser-visited places.

Browse all of our Balkans blog posts 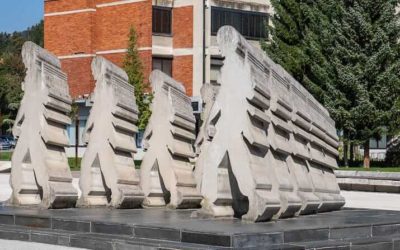 Travel off-the-beaten-track in Slovenia and visit Velenje. The town’s socialist-era Tito Square has a lot of interesting architecture, sculptures and monuments. 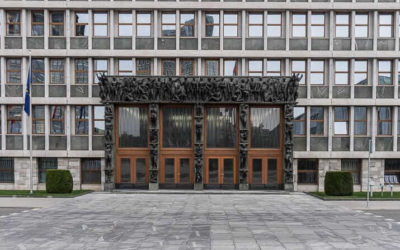 Alternative Ljubljana: What to see with a map of locations

Alternative Ljubljana – what to do in Ljubljana apart from the main tourist sights. Get off the beaten path with our walking tour including a location map.

Abandoned Bulgaria: urban exploration at an abandoned villa, and the story behind the former summer villa of Pencho Semov, Bulgaria’s “Rockefeller”. 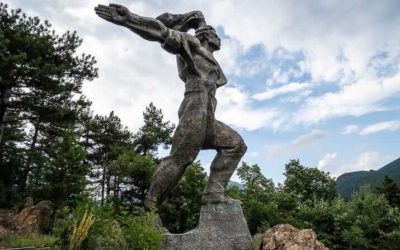 A photo essay featuring twenty-five of the most impressive communist monuments and memorials in Bulgaria. 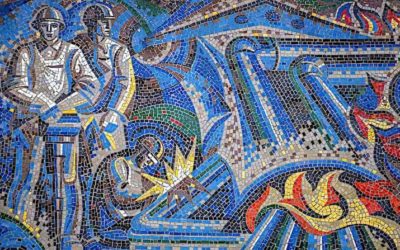 Photographs of some of our favourite examples of Soviet mosaics in the former USSR. These mosaics are perfect examples of art in post-Soviet states. 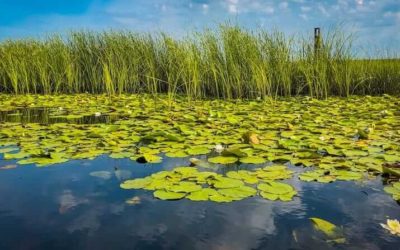 Visiting the Danube Delta in Romania

A guide to visiting the Danube Delta in Romania for independent travellers and backpackers. With travel tips on how to get there and what to do. 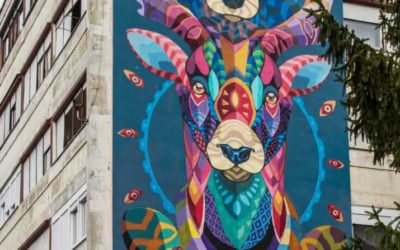 We hadn’t planned to go street art hunting in Sisak, Croatia, but an unexpected bonus of our stay was seeing some fantastic street art. 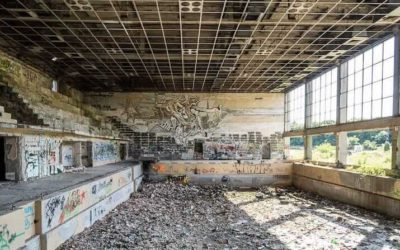 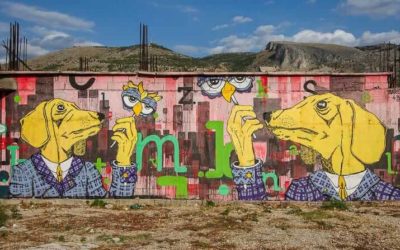 A guide to where to find the best Street Art and Graffiti in Mostar, Bosnia & Herzegovina including a map of locations and featuring the Sniper Tower. 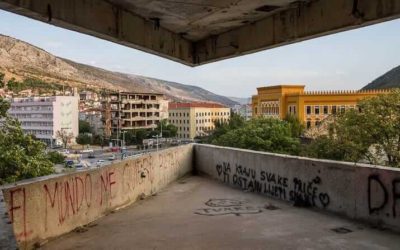 The Sniper Tower in Mostar, Bosnia and Herzegovina

Our visit to he Sniper Tower in Mostar, Bosnia and Herzegovina and the history the former Ljubljanska Bank, and the Mostar seige. A Balkans travel guide.

Driving north along Croatia’s Adriatic Coast, it’s hard to miss the panoramic view of Primošten, but you may not spot the abandoned Hotel Marina Lučica. 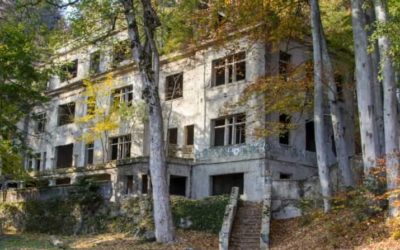 Abandoned Croatia – Situated on the outskirts of Zagreb, Brestovac Sanatorium is a dilapidated and atmospheric set of ruined buildings with a haunting past. 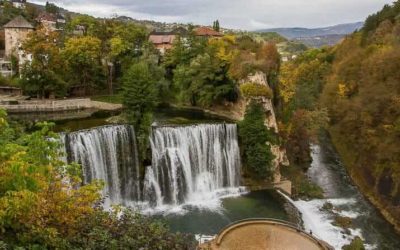 What to do in Jajce, Bosnia and Herzegovina

A mini guide on what to do in Jajce, Bosnia and Herzegovina. Worthy of a night or two, this pretty town is all about lakes, waterfalls, and tiny watermills.

What to do in Banja Luka, Bosnia and Herzegovina

A guide on what to do in Banja Luka, Bosnia’s second city. Halfway between Sarajevo and Zagreb, it’s a good place to break the journey.

IF YOU ENJOYED OUR BALKANS TRAVEL BLOG, YOU MAY BE INTERESTED IN READING OUR BLOG POSTS FEATURING THE FORMER SOVIET UNION, SEEING MORE OF OUR PHOTOS OR CHECK OUT OUR PAGE DEDICATED TO BRUTALIST AND MODERNIST ARCHITECTURE AND MONUMENTS AND MEMORIALS.

If you enjoyed our Balkans Travel Blog…

Looking for a unique face mask inspired by travel, architecture, and photography? Check out our Redbubble store. Redbubble is a marketplace which allows us to create products using our photography and digital designs. In addition to face coverings, you can buy prints, posters, mugs, t-shirts, tote bags and even shower curtains and bath mats featuring our photography. 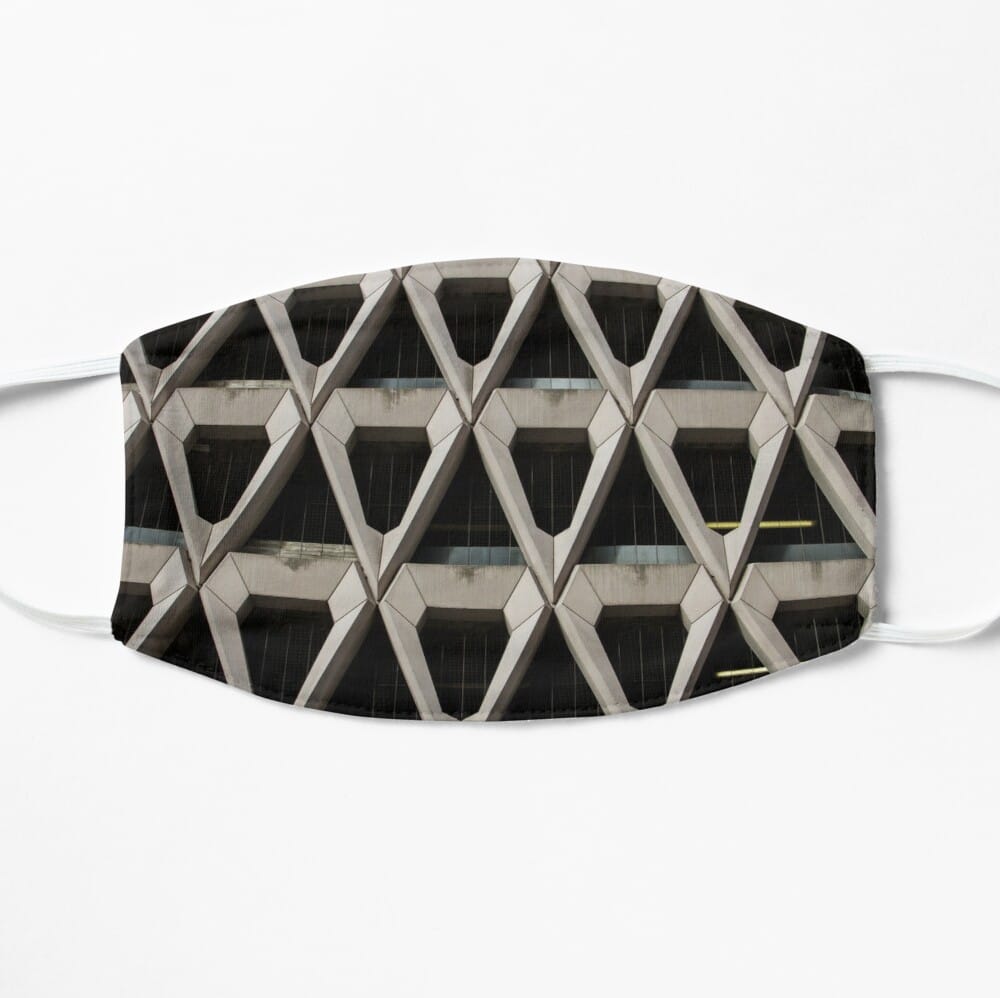 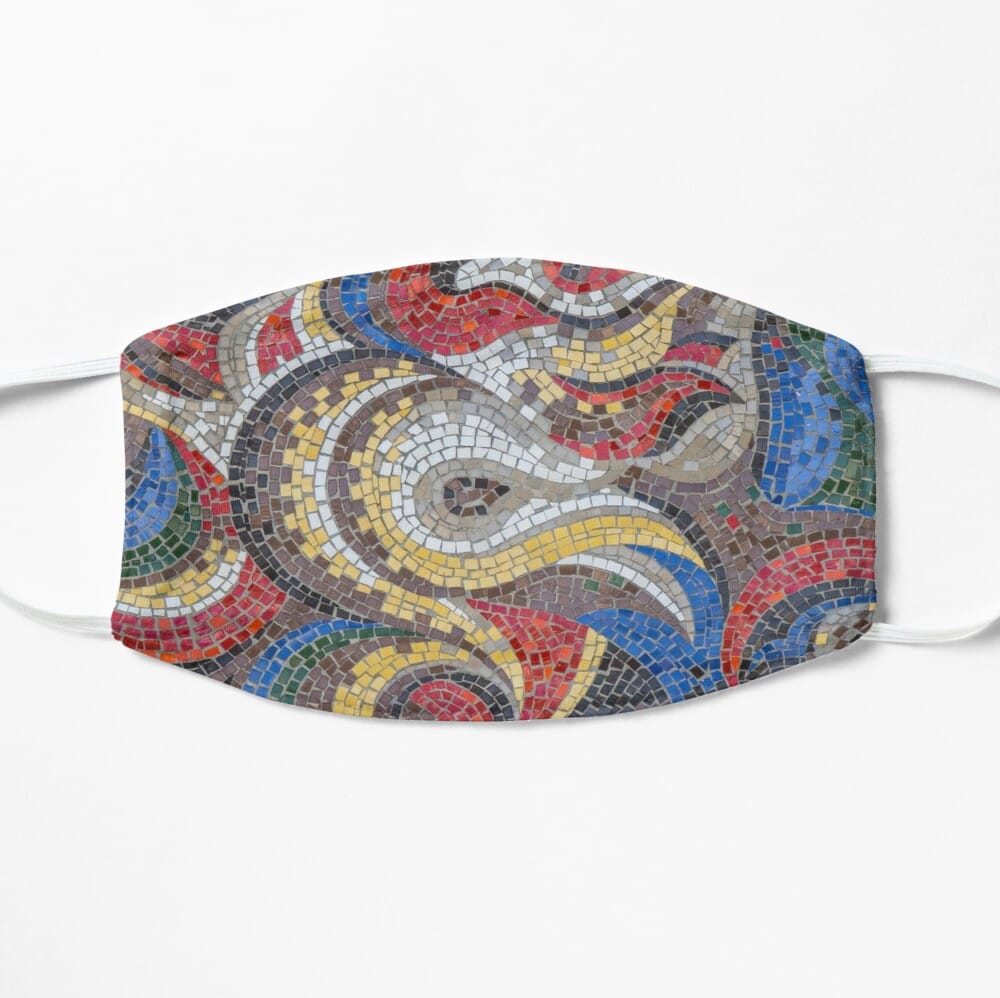 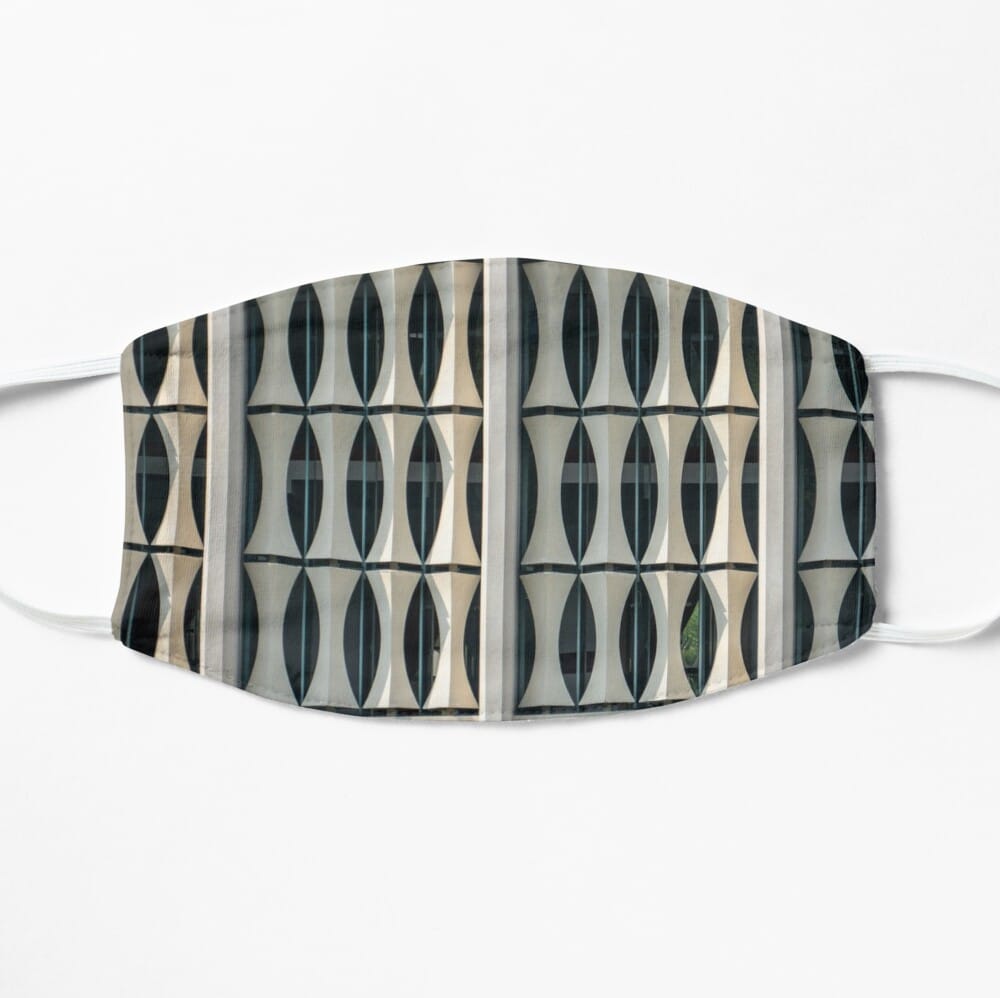 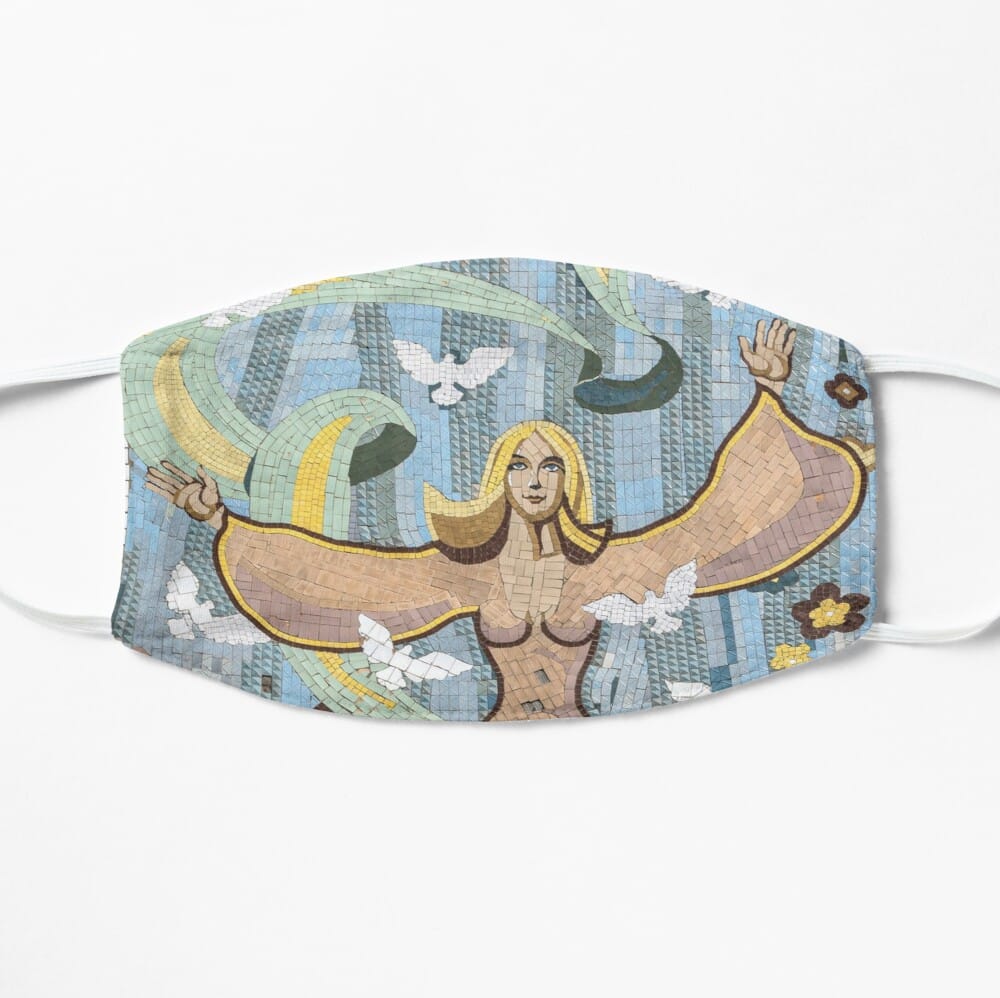