Situated in the south of the country, the Serbian city of Nis (pronounced neesh) has seen a great many invaders and conquerors come and go during the course of its extremely long history. One of the oldest settlements in Europe, the Romans, the Barbarians and the Ottomans (plus others) have all left their mark and, as a result, Nis is an intriguing place to visit.

During World War II, the city was occupied by the Germans and besides ancient sites that date back many centuries, there are two far more recent culturally important locations within the limits of the city that should not be missed. 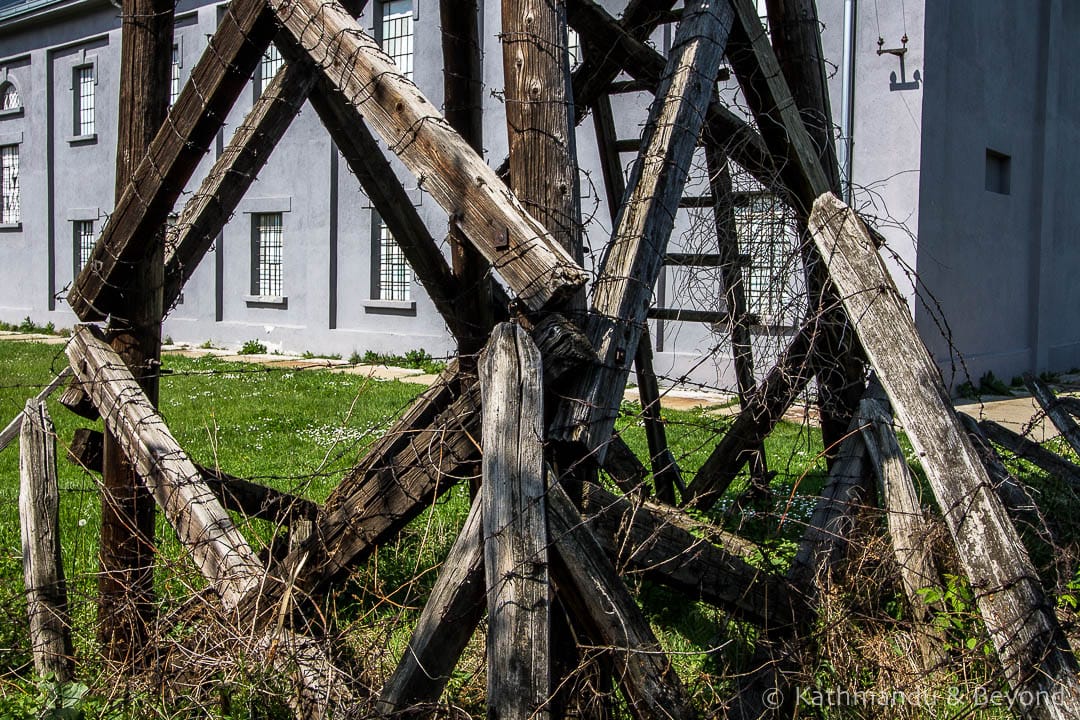 The Crveni Krst (Red Cross) Concentration Camp was established by the German Gestapo in mid-1941 and held capture an estimated 35,000 inmates (all of Serb, Jewish and Romani descent) during the course of its four years as an active concentration camp. It was liberated by Yugoslav Partisans in 1944 and today is considered one of Europe’s best-preserved concentration camps. 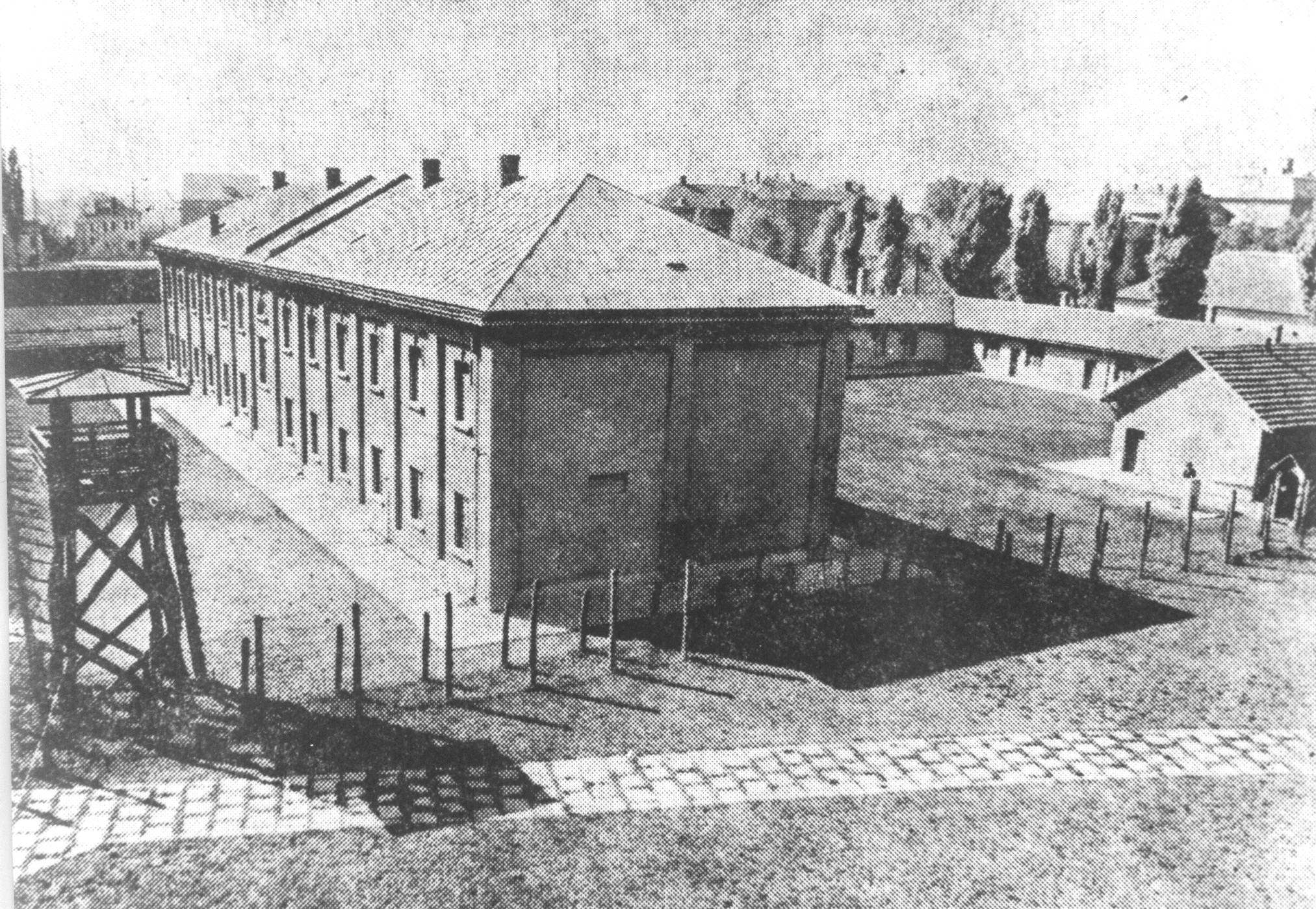 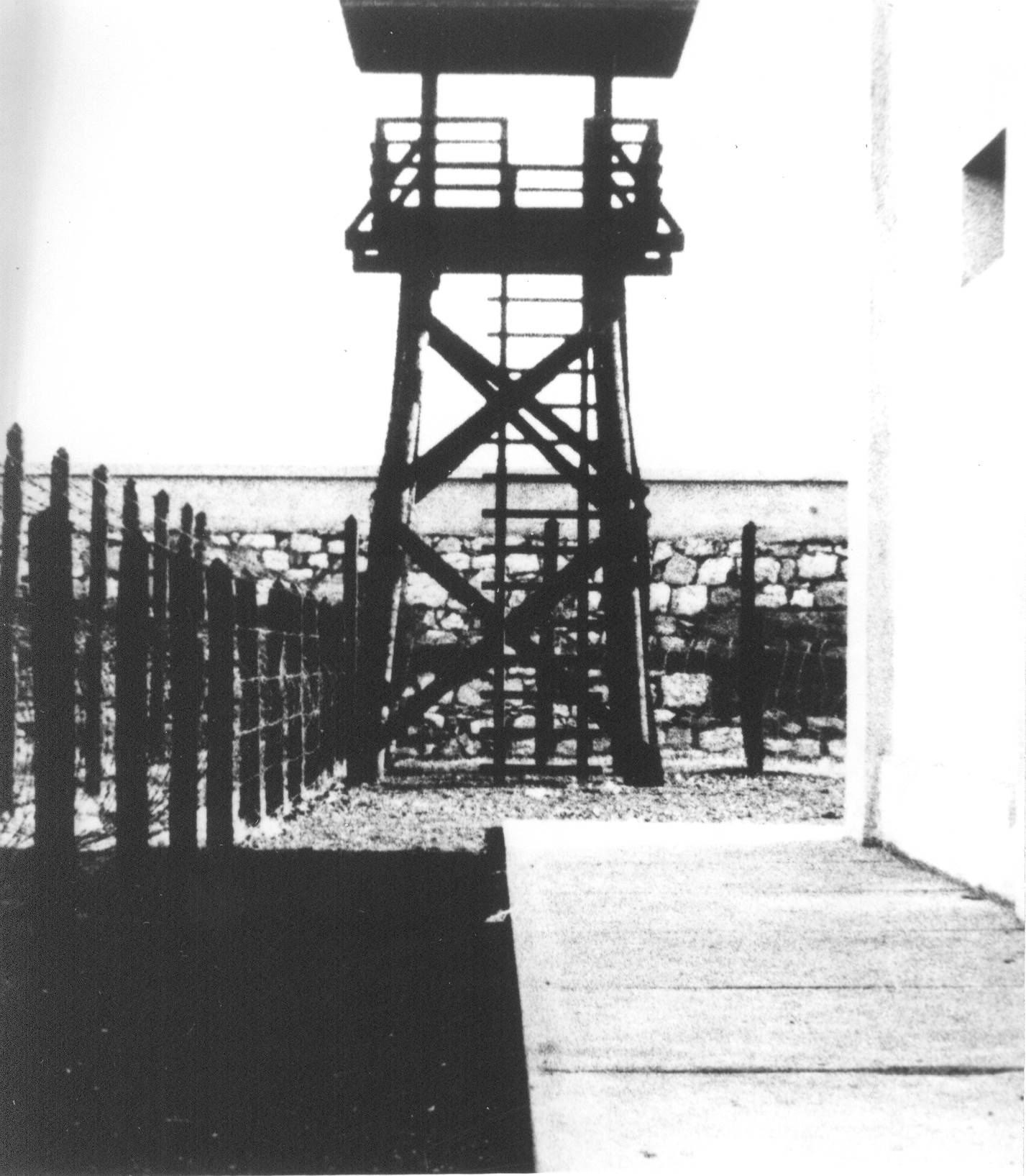 The camp/museum was all but deserted when we visited in April 2017. Admittedly it was the Easter weekend and the city, in general, was pretty quiet but I suspect that it is often the case. The Crveni Krst is not as well documented/publicised as other former Nazi concentration camps across Europe, such as  Auschwitz-Birkenau or Dachau, and simply doesn’t receive as many visitors. 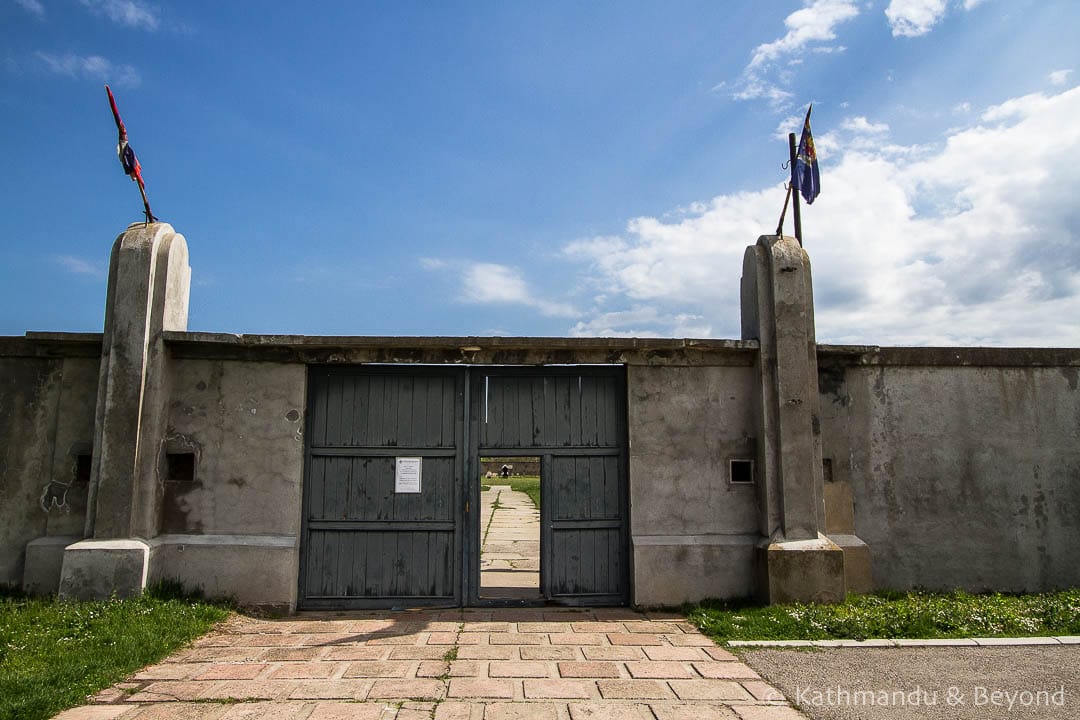 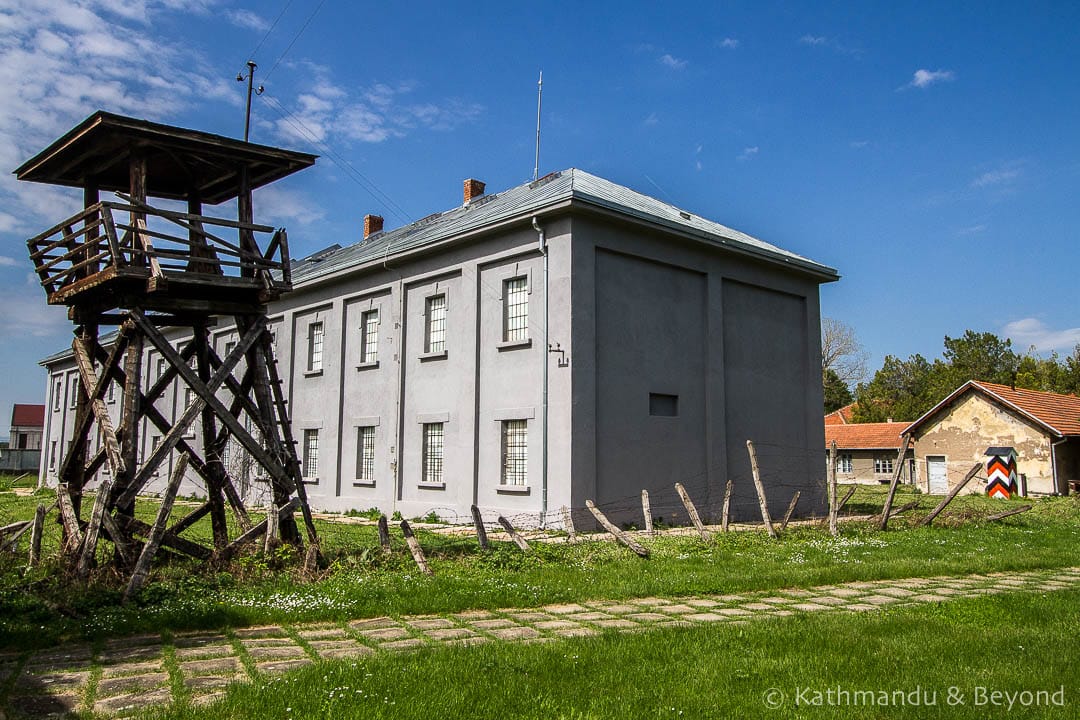 Surrounded by an imposing high perimeter wall, the camp makes an impression the minute you enter the wooden gate on the western side of the complex. The ticket counter is situated in what must have been the commandant’s office. Above the door looms an engraved swastika and SS symbol as well as the German word Wache, which simply translates as Watch (as in sentry/lookout). There are two auxiliary buildings to the right of the ex-commandant’s office and scattered throughout the seven-hectare plot are a number of guard/watchtowers as well as some of the original barbwire fencing. There is also a discreet memorial along the eastern boundary of the camp but the most dominating structure within the camp’s confines is the large, sinister-looking grey building which was used to house the prisoners. It is now a museum and inside are exhibits and information relating to the camp and some of its inmates. 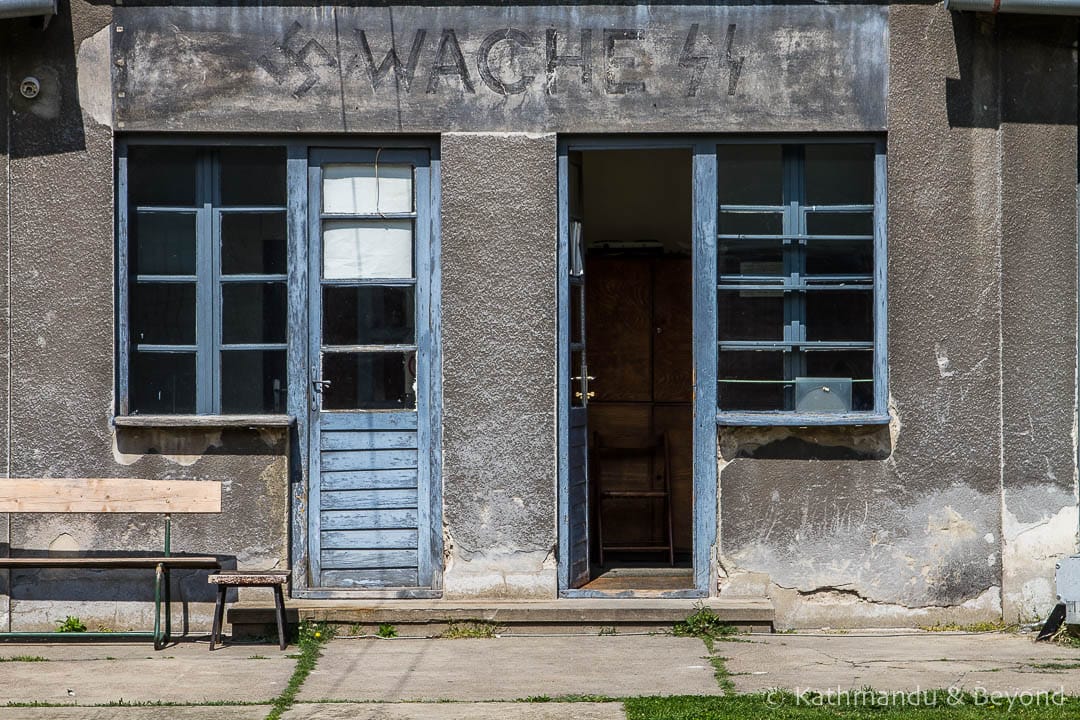 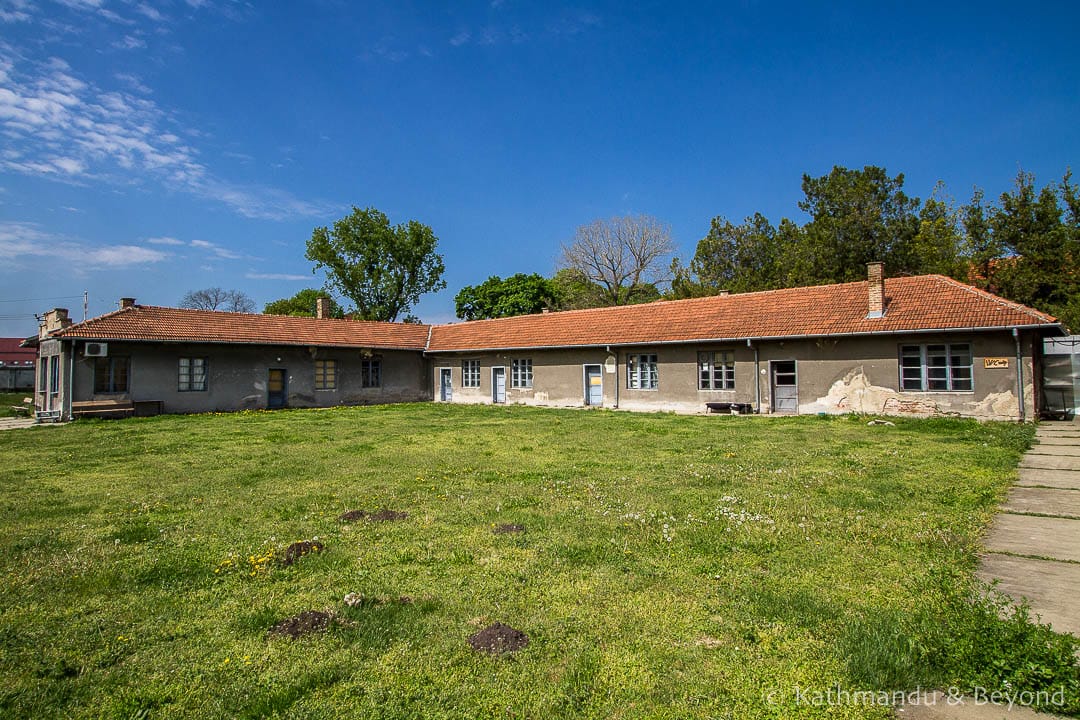 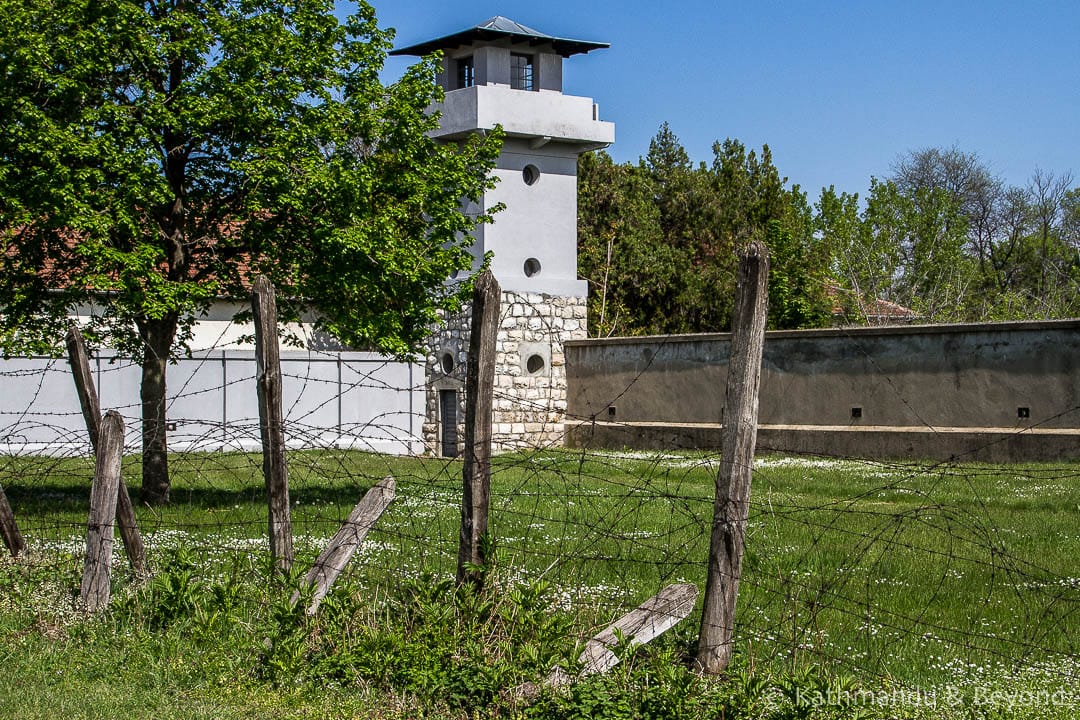 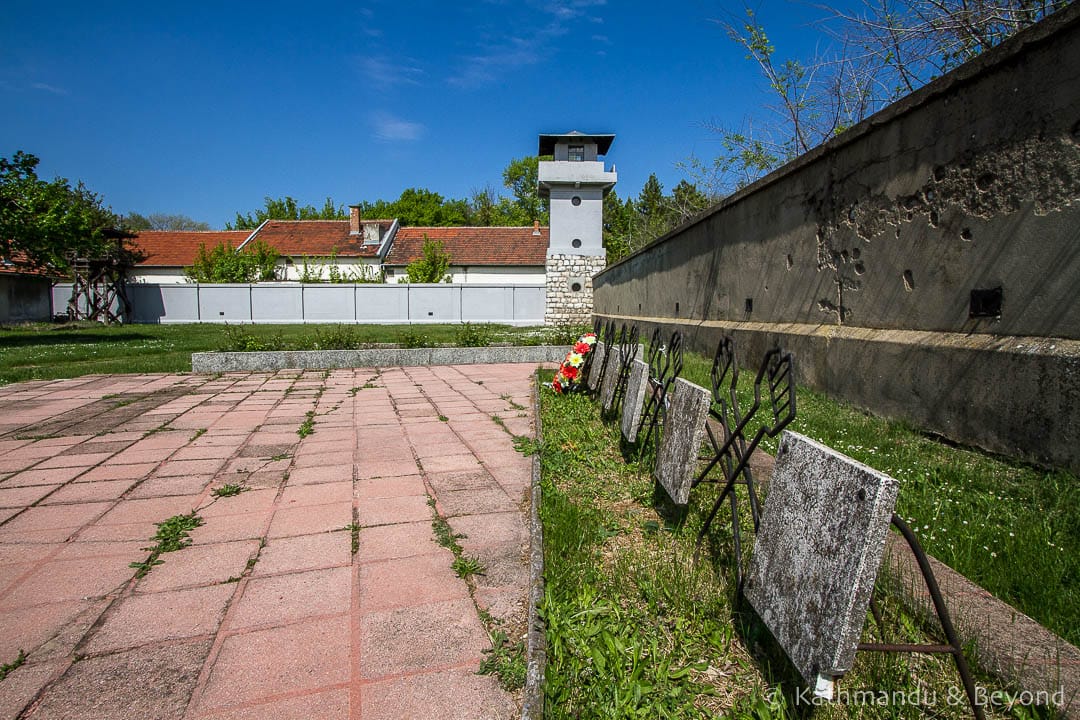 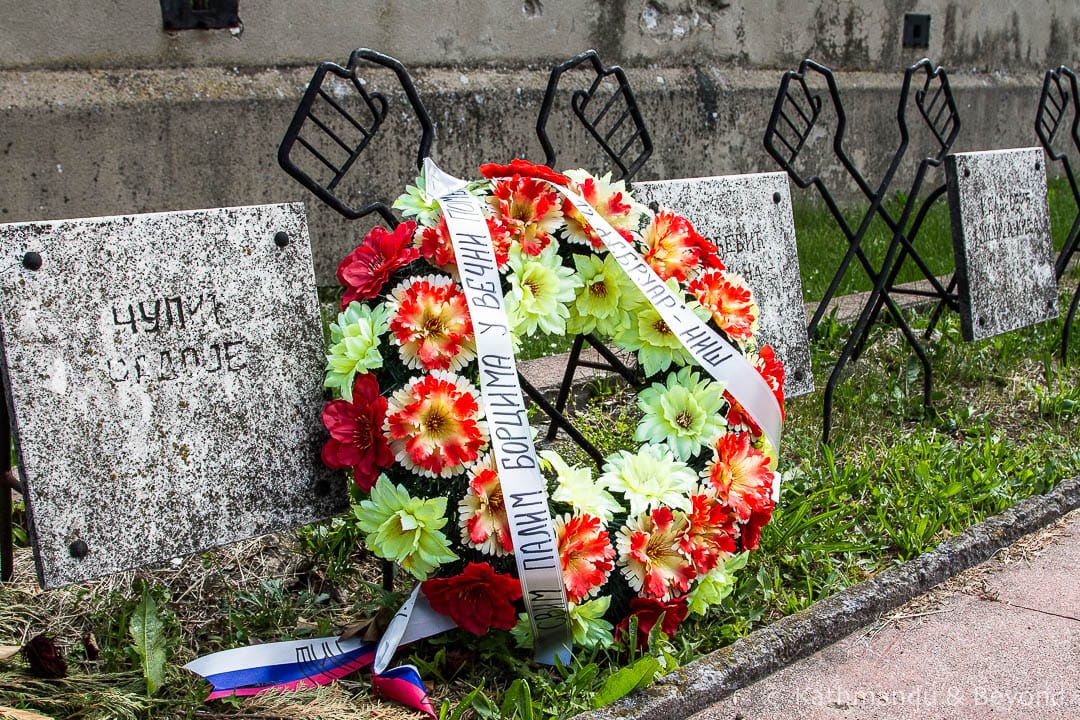 Some of the information on display relates to one of the more significant dates in the camp’s infamous history, 12th February, 1942. After nightfall on this date, a mass breakout of 147 inmates resulted in 105 escaped prisoners and 11 dead German guards. Of the 105 prisoners that did break free, only 23 didn’t perish soon after taking flight but reprisals by the occupying Nazis were swift and harsh and at least 1,100 inmates (one hundred for every German guard that was killed) were executed as punishment for what happened. It was the largest breakout of prisoners from a concentration camp throughout the course of the Second World War.

Most of the information inside the museum is in English as well as Serbian. 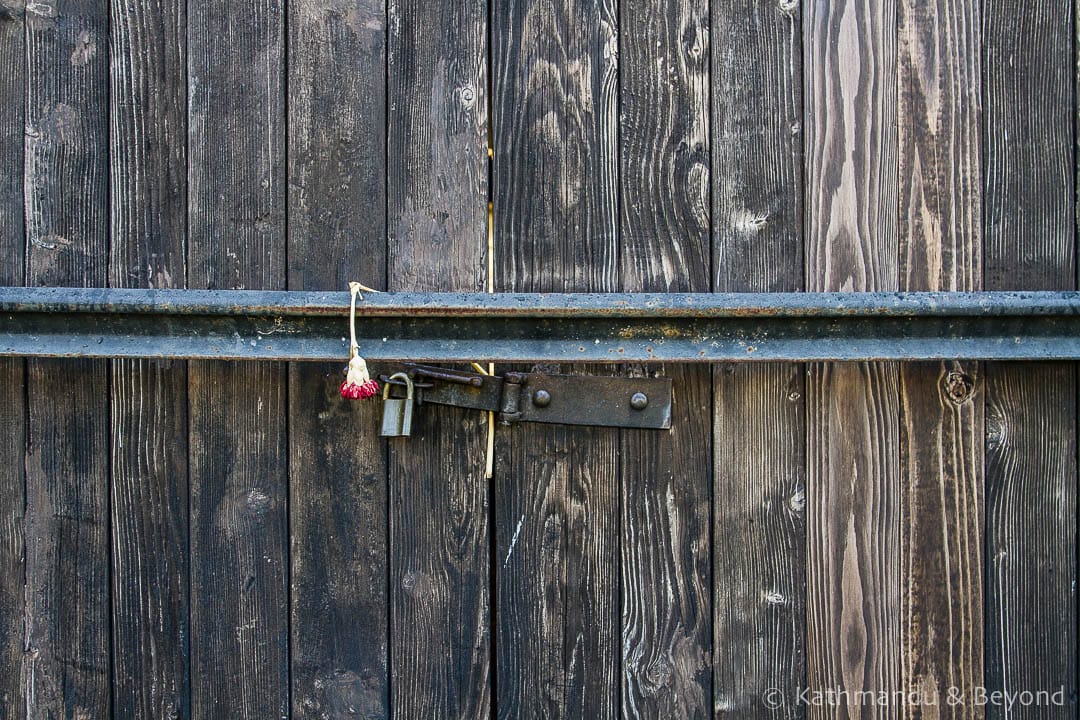 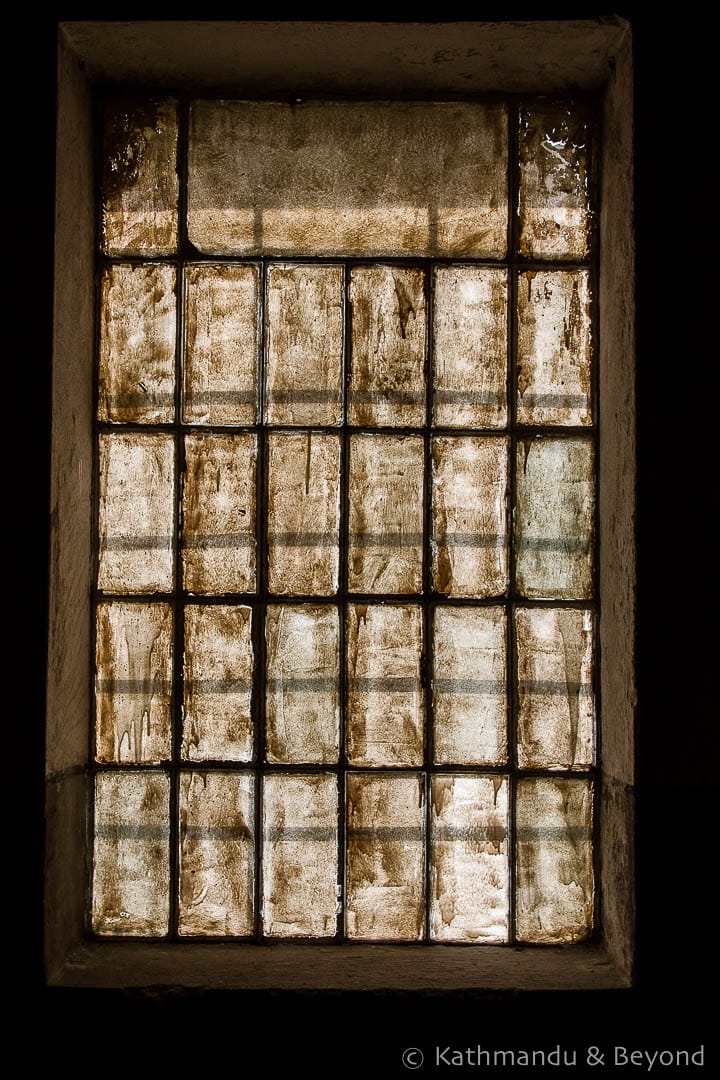 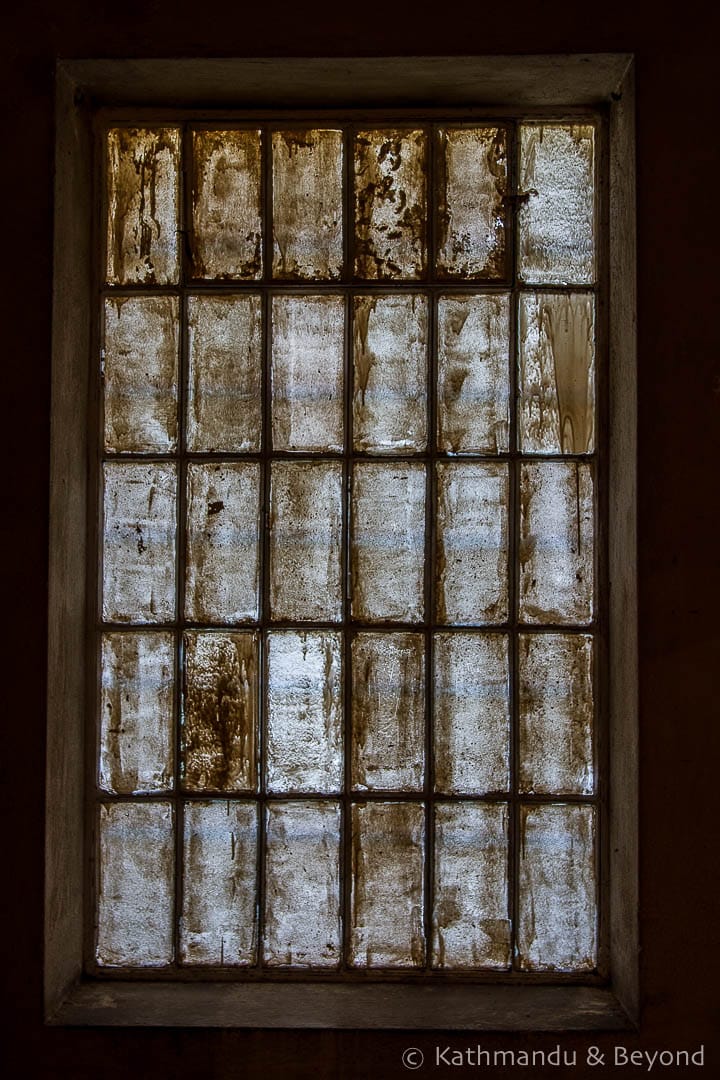 As an aside, the camp got its rather deceptive name from the fact that the main building was originally a military barracks for a Red Cross (as in the humanitarian movement) facility that had been established nearby. It is also known as the 12th February Memorial Museum after the major breakout described above. 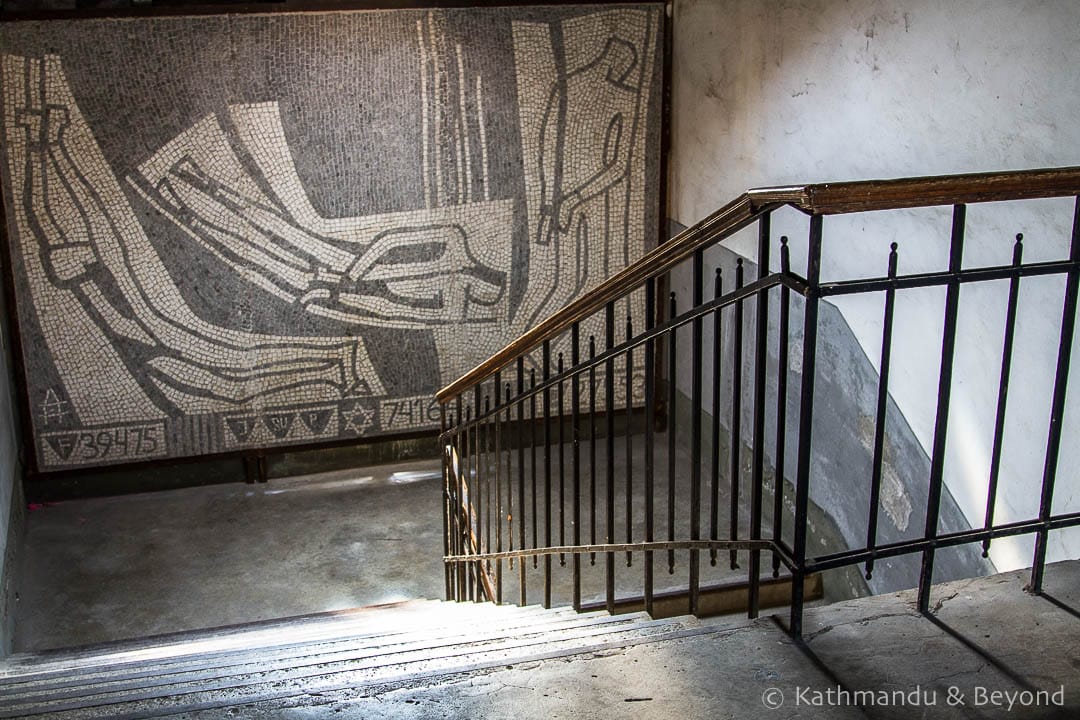 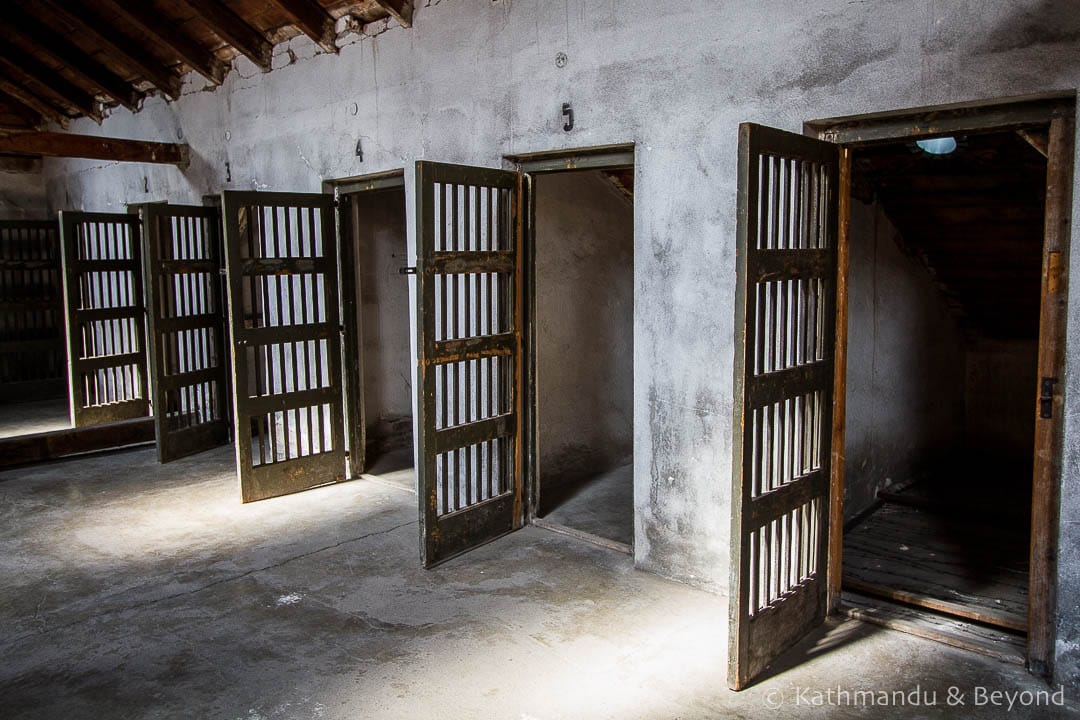 It’s been at least fifteen years since I visited Auschwitz-Birkenau, in fact the Crveni Krst Concentration Camp is only the second museum of its kind that I have ever been to. I recall being moved by what I saw in Poland, the exhibits were superbly presented and I had an excellent one-on-one guide. But I also remember the crowds and the lack of sensitivity from some of the visitors. From some accounts that I read, the situation has not improved with time and, with the increase in popularity of nearby Krakow and the invention of the selfie-stick, arguably got worse. In Nis we were almost alone and were not distracted by any unruly behaviour. The displays inside the museum were not as informative or hard-hitting as those at Auschwitz-Birkenau but nonetheless, they were good enough to get the message across and I left the camp in a very sombre mood.

Getting to the Crveni Krst (Red Cross) Concentration Camp is straightforward. The camp is located about 10 minutes’ walk north of Nis’s central bus station.

The museum is open Tuesday-Friday 9am to 4pm and Saturday-Sunday 10am to 3pm. As with many museums in Europe, it is closed on Mondays.

The entry ticket is 150 RSD (£1, US$1.20, €1.20) per adult. Alternatively, you can purchase a combination ticket for 200 RSD, which also gives you entry to the archaeological hall of the National Museum, the Skull Tower and the Roman remains of the Mediana, although the latter is currently closed for the foreseeable future (we visited Nis in mid-April 2017).

Allow at least one hour for a visit. 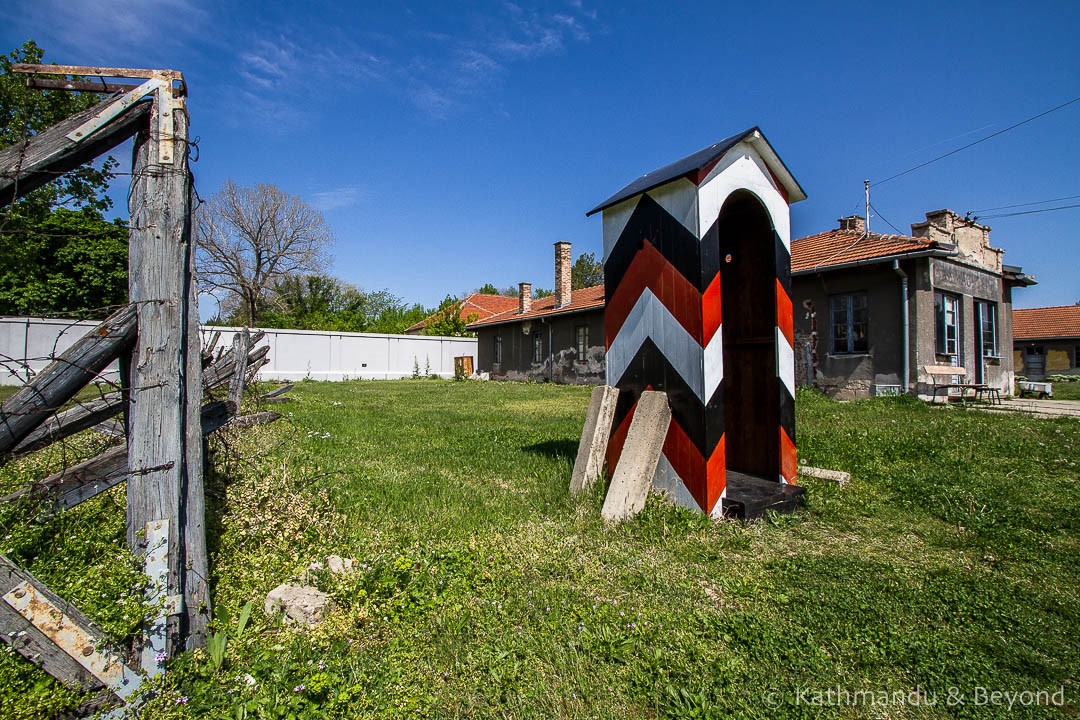 It is believed that of the 35,000 prisoners that passed through Crveni Krst Concentration Camp, around 10,000 of them were murdered by German execution squads, with the majority being put to death in the woods surrounding Bubanj Hill. The hill is only 2km from the camp and it is understood that the forest surrounding it was first used as a place of execution just after the 12th February mass breakout.

As with so many atrocities committed at the time, exact facts are hard to come by as the Germans in control of Nis placed great emphasis on covering up their crimes and destroying evidence and documentation during the latter period of the Second World War. But, there is no doubt that mass killing on a huge scale took places at Bubanj Hill and the area was turned into a memorial park in the 1950s in order to honour and remember the victims of one of the Second World War’s worst mass executions. 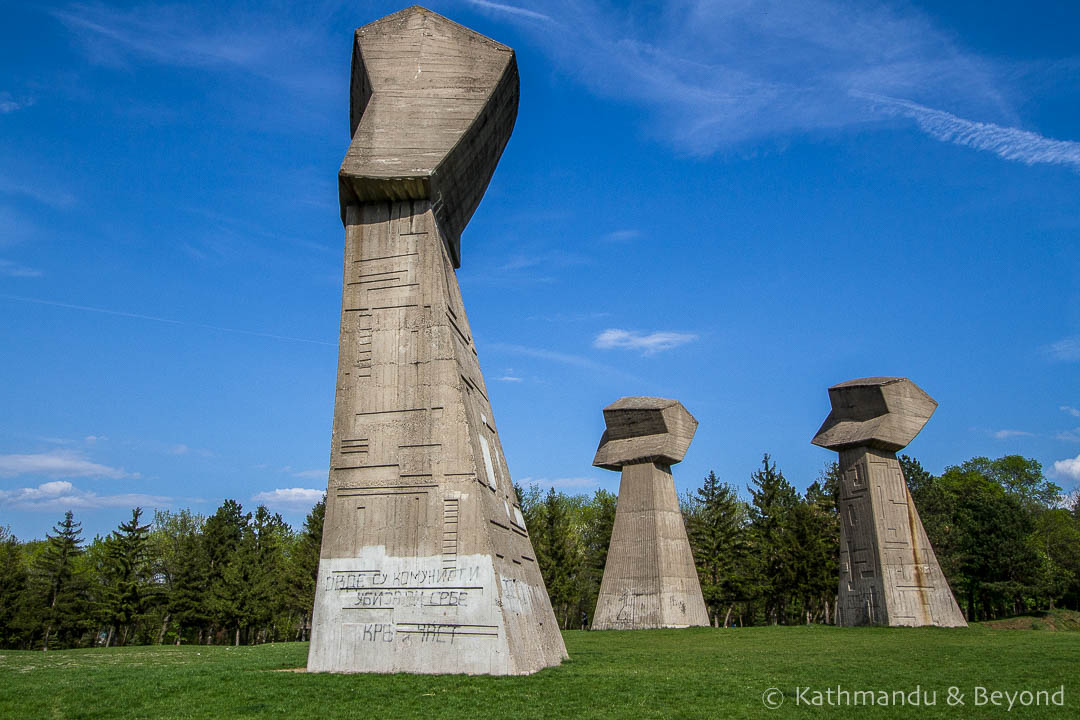 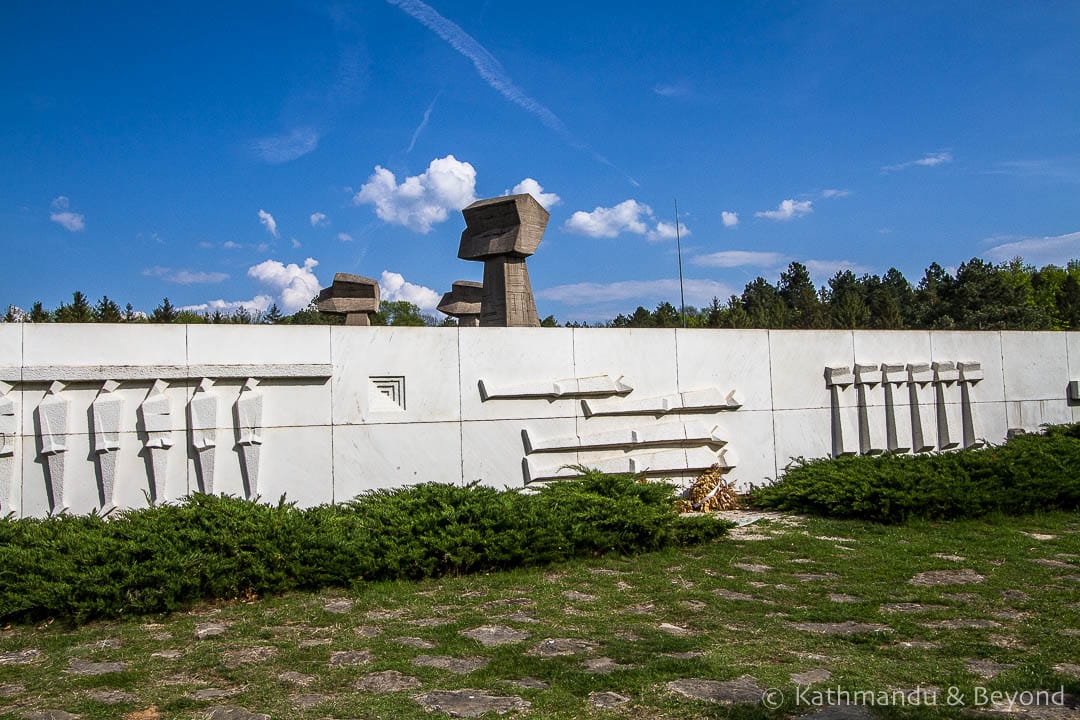 The memorial is dominated by the Three Fists, three huge monoliths that were added to the park in 1963. They took three years to build and depict defiance and courage against aggression. Furthermore, each of the fists is a different size, representing the hand of man, woman and child.

Nearby, relief on a marble wall begins by portraying oppression and brutality but culminates with scenes of victory and resistance. The derelict metal and glass building that you might notice was once a small chapel. It was added in 2004.

The day after our visit, we hired a car and took off on a road trip around Serbia for the next ten days. We were on a mission to predominately track down spomeniks (Tito-era WWII-related monuments and memorials). Bubanj Memorial Park was the first spomenik that we saw as part of that trip and although we saw plenty more over the course of the following week or so, it remains one of the most impressive.

Despite its sombre connection, don’t be surprised if you see locals exercising, BBQing, playing football and generally having a good time in the vicinity of the memorial. The park is reasonably well maintained and popular with locals as a place of recreation.

How to get to Bubanj Memorial Park in Nis

The park is about 3km from downtown Nis. To get there take bus #2 or 4 from outside McDonald’s on King Milan Square. Stay on the bus until it terminates and then walk back the short distance to the main road. Take a left and walk up the hill for about 15 minutes. You will see a carpark on your left and the entrance to the park. The buses back into town depart from the small kiosk on the main road, close to where you disembarked.

There is no entrance fee to enter the park. 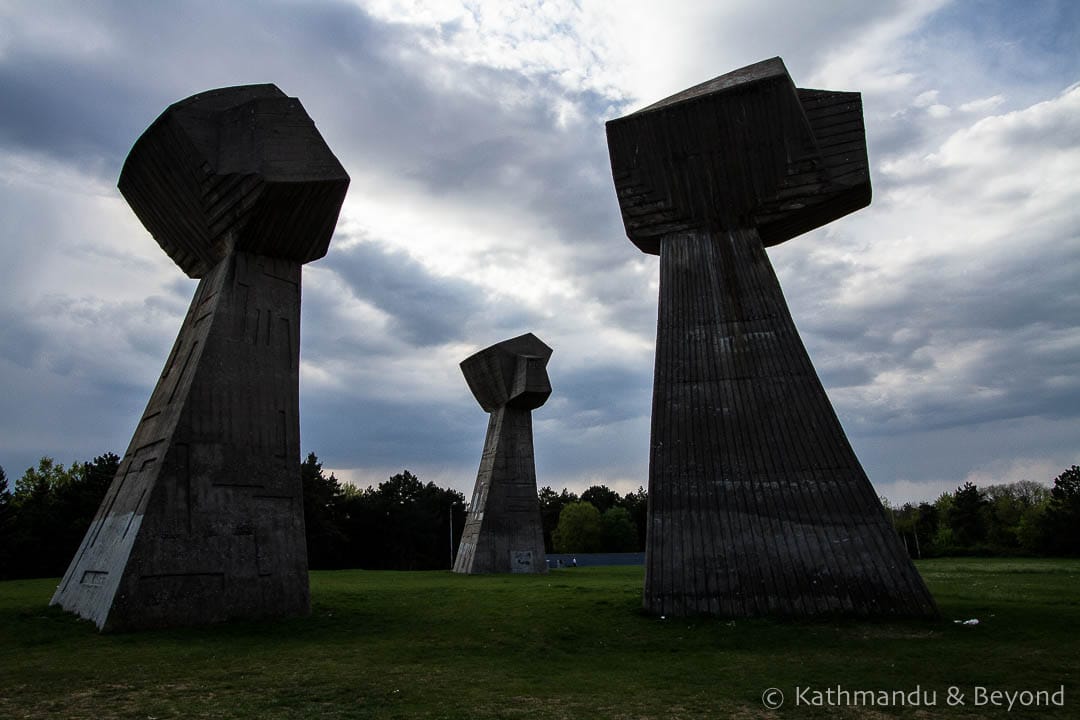 And one final thought…

Nis is a great place to break the journeys between Sofia and Belgrade and also between Sofia and Skopje. As well as the two places mentioned above, the city is home to the creepy Skull Tower, an imposing fortress, some decent cafe culture (on cobblestoned Tinkers’ Alley) and what is reportedly the best burek (baked filled pastries) in Serbia (we tried them and can confirm they were good!). We would recommend a night or two in the city if you are travelling overland through the region.

SEE MORE OF OUR SERBIA PHOTOGRAPHS

DID YOU ENJOY THIS POST? PIN IT FOR LATER… 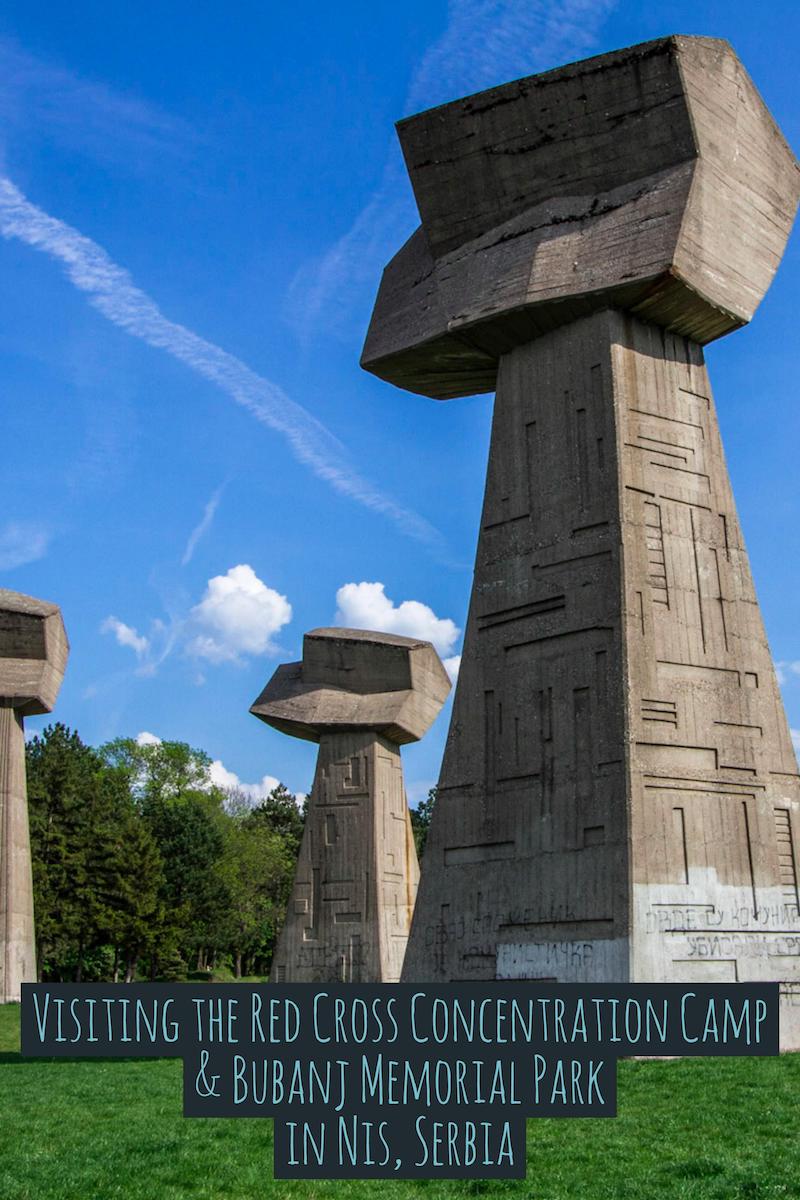 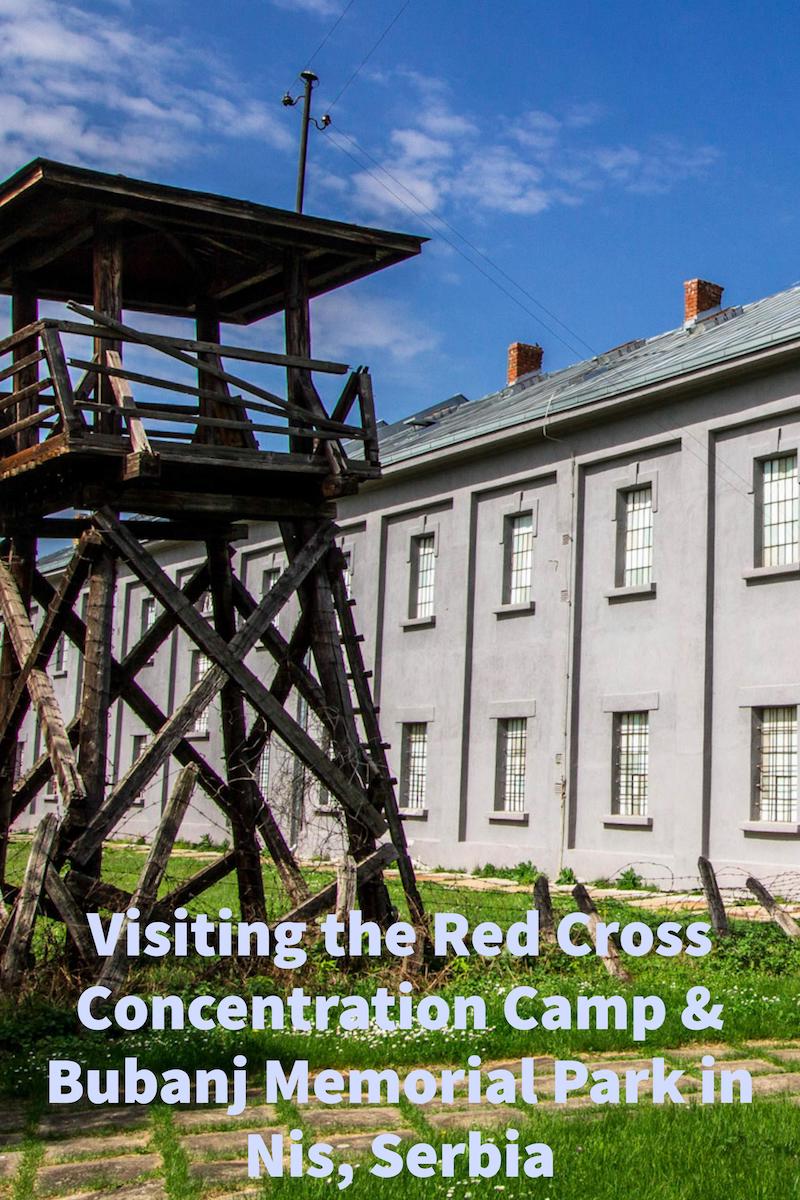